A place to list & talk about excuses to get together and fly!
Post Reply Previous topicNext topic
15 posts

The American Cup Rules include that the Winning National Team's National Association is to be the next event's Host Nation.

Obviously, I am posting this in the hopes that more American Continentals Cat 1 Hang Gliding Championships will result from this.

Thanks for this to Gordon Rigg. (Who promised an even better picture.)
Edit: Who wants the information needed to put the plaques on the Trophy.

? 1987: Tumut NSW Australia.
Winning National Team: France
(The 1981 HPAC Newsletter, predecessor to the HPAC Air, is the only publication found on any of the American Cup Events.to date.)

As I said, the BHPA and http://bhgc.wikidot.com/ would therefore be the host of the next event.

I met with the owner of Fairmont Hot Springs Resort and he confirmed interest in allowing us to host the event there again.
Note: the site is NOT open to free flying. The launch is only available for Major Competitions and Pre-Qualifier Events.
Contact info will be edited in here later. Stay tuned.

The Fairmont Airport (Columbia Airport Society) (also owned outright by Fairmont Hot Springs Resort) allows Hang Gliders to land there in Emergency Situations ONLY. At the present time they are unwilling to negotiate access to the site as main LZ for any event there.

The Municipality of Canal Flats &Acirc;&plusmn; 15 Km south, has agreed to allow us to use their airport at any time for free flying and as goal for out and return Event Tasks that head south down the Columbia Valley Trench. - and include an invitation to camp / Park RV's there.

Winning National Team: USA.
The US & Brazilian teams all flew UP Comets, while all other national teams flew 1970's vintage Hang Gliders.
(Other than Canada's Randy Rauck who flew his prototype Topless ASG 23 and Willi Muller who switched to a UP Comet part way through.)

(The 1981 HPAC Newsletter, predecessor to the HPAC Air, is the only publication found to date.
My apologies for the image quality, but the HPAC Newsletter was printed on very poor paper to begin with, which is now old.
- The image has been Photo-Shopped to be best of my ability.)
__________

Fred Wilson, Canada (Using my "Events" Persona here - allowing editing in the future by others who share this Moderator Persona..) 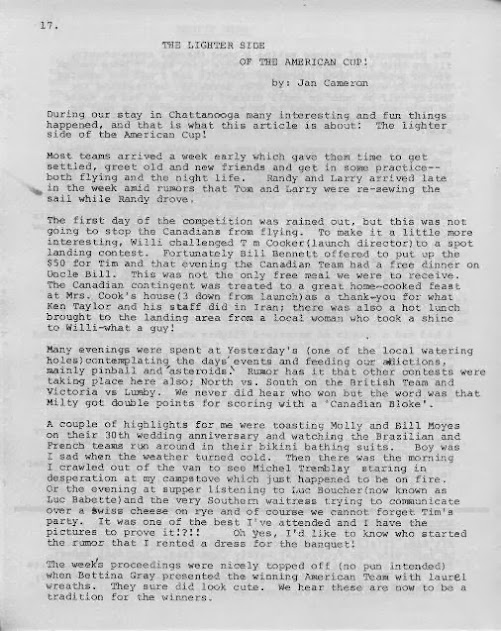 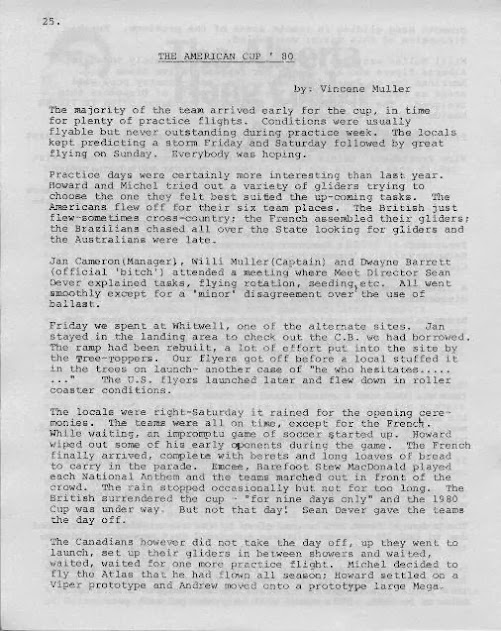 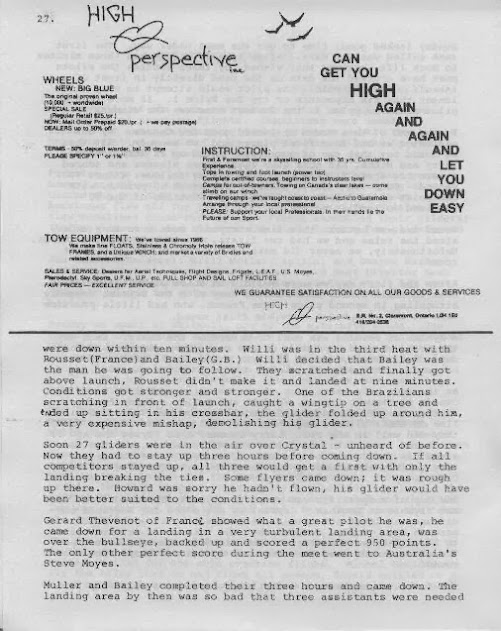 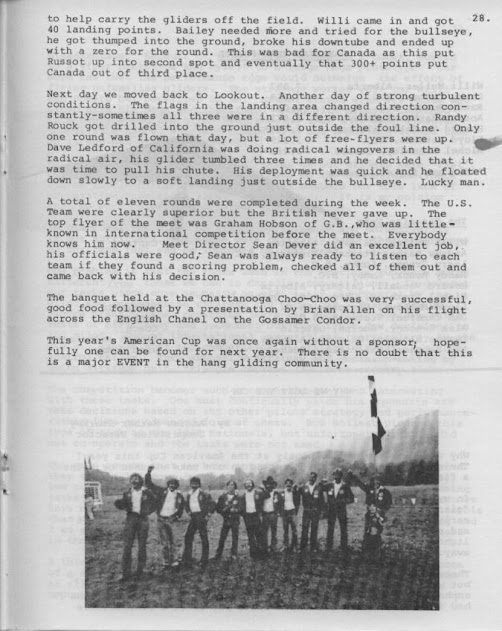 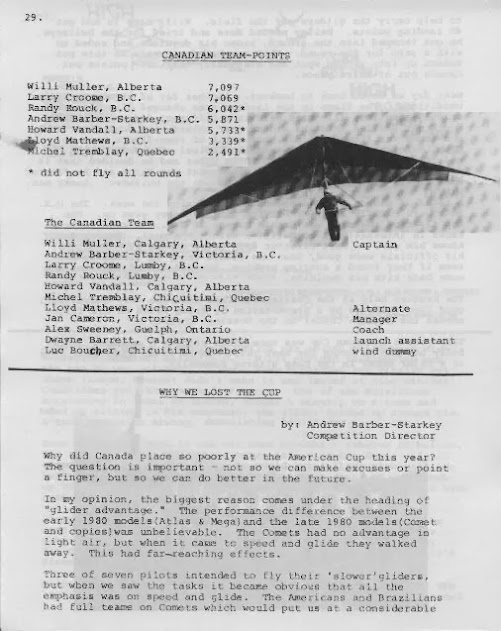 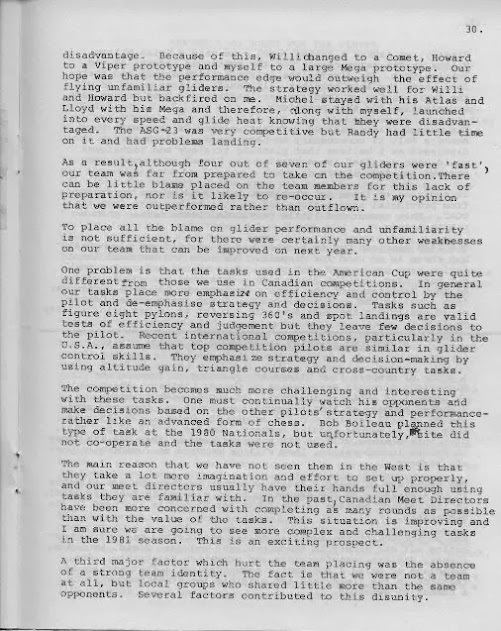 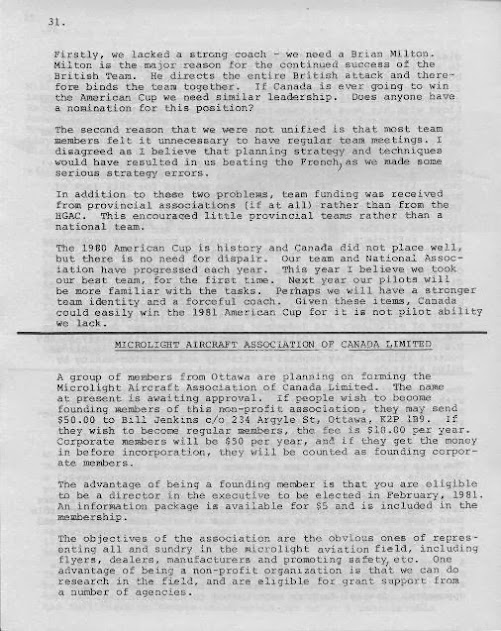 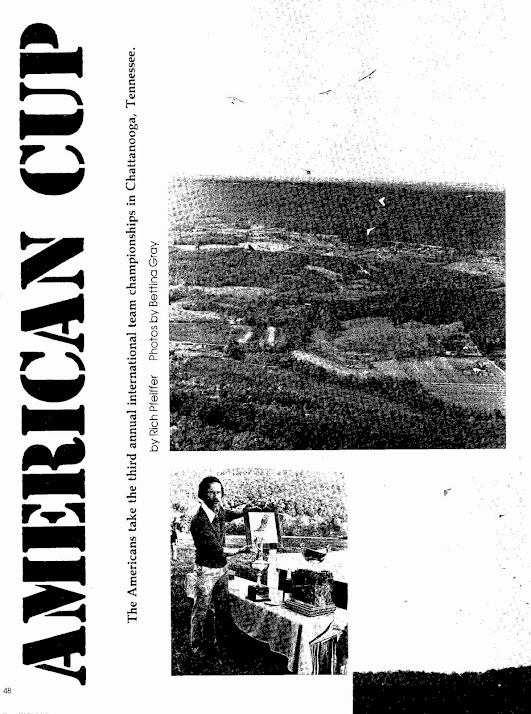 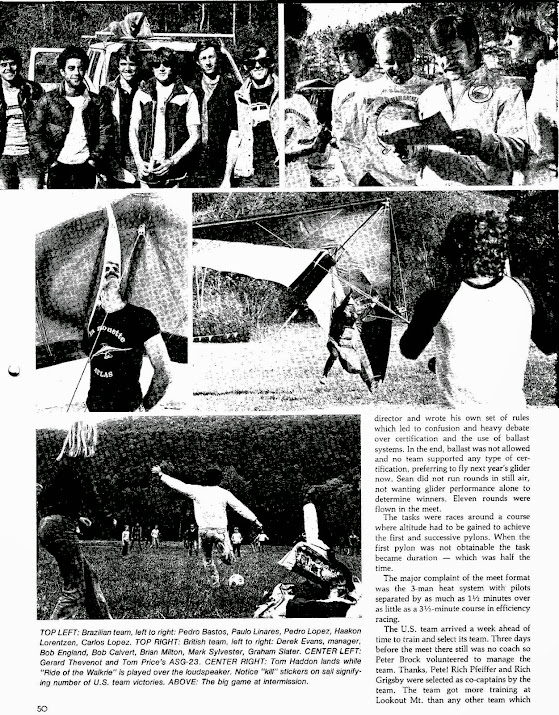 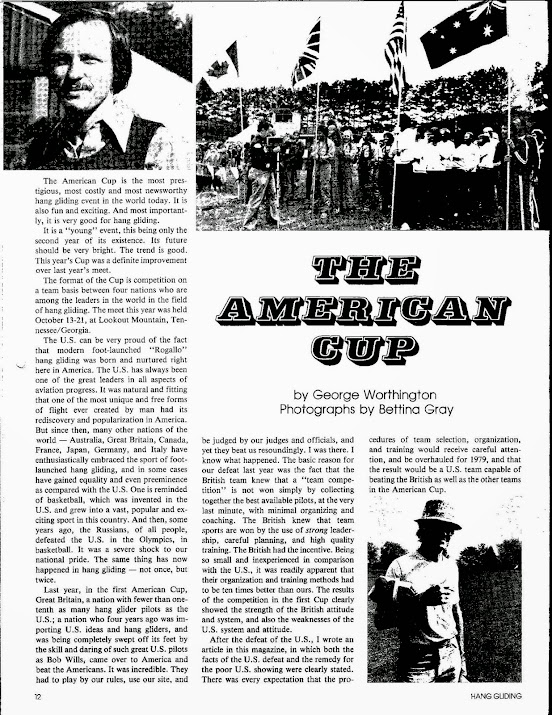 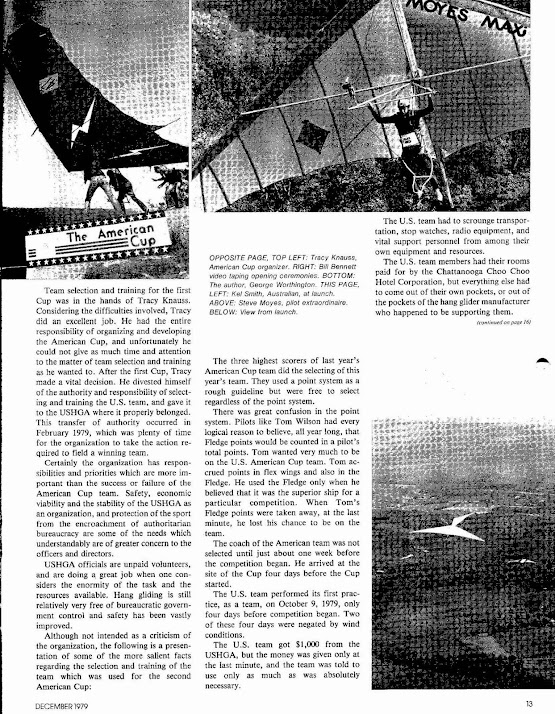