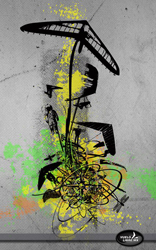 Things are changing here - you will see some pix on the web site in a few months- new club house etc. very busy right now... all the best.

Music that Lifts Your Spirits and Raises your Soul: http://www.hanggliding.org/viewtopic.php?t=20067

If so, and arriving well before 10 AM, you can catch the city rail at the underground station at the far east end of the arrivals area.
Take this to Central Station.
At Central Station, buy a Country Link Rail Ticket all the way to Manilla.
The Train stops in Tamworth and the Country Link Bus is there to take you (all of 5 minutes later) straight to the Royal Hotel (Pilot "Head Quarters") in Manilla.

If you have to overnight in Sydney:

My all time favorite "Motel" is the Formula 1 Hotel at Kings Cross Sydney.
http://www.hotelformule1.com/gb/hotel-5 ... ndex.shtml

Kings Cross is &Acirc;&plusmn; the Night Life capital of the world.
If you are arriving Sydney on weekends, staying there is a MUST.

You would NOT believe the high end fashion on display by all the girls waiting to get into night clubs, let alone those already inside!

Formula 1 is even less expensive chain than advertized on Accors high end list of hotel chains in the next post.

They have an hourly shuttle bus to and from the airport for $10.00 which stops right at the entrance. Just ask till you find it. It is one Shuttle Bus that services 20 different cheap hotels + backpackers in the Kings Cross area.

If you plans are to drive from Sydney to Manilla:

Manilla Road Trip Scenic Drive Tips:
Drive the Putty Road = Highway #69 west of Sydney (Starts near Windsor) and heads north through the Blue Mountains Parkway joining up with the Highway to Tamworth at Singleton.

Another good road route is straight north of Sydney towards Newcastle on Highway #1, watch for astonishingly beautiful Rock walls blasted out during the highway construction.
Then heading west to Tamworth, keep the car window open in forested sections, keeping your ear out for Bell Birds. = Awesome!
- but the Putty Road is hard, hard to beat.

Inland (between the two) is a neat road from Calga via Woolongie to Cessnock traveling north to the Hunter Valley. (Napa Valley of OZ.) Watch for Wombats.
Then head west towards Tamworth and on to Manilla. - common XC route to/from the Newcastle area. Plus another good route to listen for Bell Birds. (The best is bush roads to the Ocean Beach on your way from Sydney to Stanwell "Tops.")

The Hume Highway from Sydney to Canberra is a wonderful drive. One good flying site (east facing) above the lake half way there.
Last edited by Fred Wilson on Mon, Nov 14 2011, 12:04:19 pm, edited 3 times in total.
Top

Renting and Buying a Hang Glider.

The Manilla SkySailors HG club has members with a good selection of gliders to rent, buy, maybe even borrow.
- Good local area HG contacts include:
. .a) on the HG.org forum is: lafe.williams
. .b) - James (Ozzie) Ozdemir ozboxwood@REMOVE_THISskymesh.com.au who owns a large ranch @ Olive Orchard, makes his own olive oil, with a guest house on the river right in front of the Slit Rock that the Split Rock Dam (immediatley east of his house) is named after.
. .c) - Mark Russell is a Chiropractor is/was in Gunnedah (Sheesh... forgot his name for the minute... 2 B updated&acirc;&euro;&brvbar
. .d) Patrick Lenders patrick.lenders@REMOVE_THISgmail.com 011+61 (0)2 6778 3484 (MSS HG Senior Safety Officer)
__________________________

Arriving in Oz but have no plans to head to Manilla, their top flying site? (Please ask yourself: Why oh why???)

It seems to be missing Aeros and Wills Wing's Dealer Peter Holloway and his company: Freedom Airsports just outside Adelaide.
- and another School I've heard of near Sydney... so the HGFA website might still be struggling to keep up to date.
Last edited by Fred Wilson on Tue, Nov 15 2011, 12:20:16 am, edited 5 times in total.
Top

Arriving in Darwin? Your best option is to go crazy as a Tourist. You just arrived in the coolest part of Oz.

I highly recommend Outback Northern Territories Air Safaris. Fly in and out. World class tours. No joke. Even the parks rangers sit in on their lectures.

One of their air tours takes an extra day and takes in the world's best hot springs south of Darwin. Its a 5 foot deep, 15 foot wide river of hot springs with enough of a current to do a slow breast stroke in. The "river" goes through a Palm grove, so you are gently massaged by Palm roots. A do not miss experience. Also, a nearby resort has a private lake stocked with Barramundi - the worlds best eating fish - which changes sexes depending on whether it is in fresh or salt water !!!

In Darwin there is a place where tourists can hand feed wild fish that arrive daily for a free meal. Monster 10 to 50 pound fish of every imaginable species. Awesome experience.
Top

IMHO This is something every region planet wide should copy!

You're gonna want to watch this in HD full screen!

Thanks go to the Sydney Hang Gliding Club which I just found at:
http://www.nswhpa.org/index.php?option= ... &Itemid=69