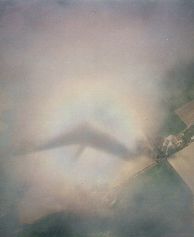 Do we take the inference that Kennedy would not have been interested in P/G because it isn't hard enough of a challenge? Rhal was the only hangie there, on the day, among 100 P/Gs. He says that the glider 'cost basically nothing courtesy of Pete (and less than the filming equipment!)'; it is Harriet Pottinger's old glider. Kennedy would probably have been happy with the budget implications of hangliding.
Paragliding.........it's almost like flying.
Top