Changes Coming to the Oz Report 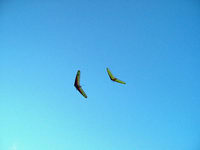 Was there an issue this week?

Was there an issue this week (now corrected) or did everyone do something else Monday - Friday?
Top

Then it was an interesting lesson in how the "news" sparks (or not) conversation in the forum. The forum was also silent for the week. I posted mostly to see if it was working...
Top 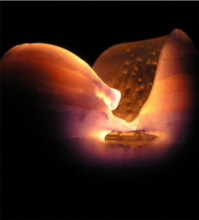 Re: Changes Coming to the Oz Report

The Oz Report wrote:Feel free to respond or comment.

I used to be a fairly active facebook user. It started about the time when social media went viral in the computerphile segment of the population. I got my account in 2008, had a little chit-chat with friends, posted a few photos played farmville when it was fresh and generally had a good time.

However, as time passed, it transpired that facebook has a tendency to store and analyze the data and meta data of their users quite extensively. Meanwhile, I got more aware of my privacy on the internet. At some point I did not feel comfortable with facebook anymore. So I stopped logging into my account and used other, more trustworthy modes of online communication. That was back in mid 2012. To this day, the facebook algorithm still sends me emails about "friends" who just signed in, or birthdays of persons I am supposed to know.

This is not a freak incidence but a necessity for large internet companies. They don't peddle user data because they are evil. They have to do it to survive and thrive economically. This is called surveillance capitalism.

The Oz Report wrote:You will be a loser when it comes to the next evolution of the Oz Report.

Well, to me it also looks like the Oz Report looses me as a reader and member of the forum community.

Thanks for all the fish,

And I thought my Aussie govt was standing up to Facebook for me? Ha, I know exactly why now...

https://www.youtube.com/watch?v=uqj2z3QaRyU
We are all in the gutter,but some of us are looking at the stars. MT.