That's just one comment the presenter makes here. Why do I even bother to care for what happens in your divided states? It's because your a nation of humans like me. You also love your families, your farms your fellow citizens and on this forum we ALL love hanggliding. Well now you have lost your way.. Too much tv?, consumerism?, conspiracy theories?- hell, the ability to poke fun at yourselves , self depreciating humour, us Aussies are great at that- and much were not good at too..

but you, my friends take the cake in this me,me,me world.. Maybe not so much of this with my hangliding mates reading this forum . The first two of these links explain why and how to really "see" , to understand issues and the last link, it explains why your the third world of first world countries.

Can you change? Can you have a close look at how other "happy" countries governments work? Keep your kids well educated because eventually being smart may finally wake up the rest and maybe I can say again the United states of America without shaking my head..

https://www.youtube.com/watch?v=zeF2rkyxDIo
We are all in the gutter,but some of us are looking at the stars. MT. 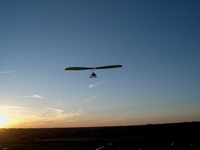 col-r: Stop your idiotic BS directed at my country, at my fellow citizens! NO! We are NOT a socialist country, and we hopefully never will be. We don't deride your country, even though there are so many points we could make. So stop believing you're doing any favors by continuously deriding us.
Top

Maybe put this in &acirc;&euro;&oelig;Off Topic&acirc;&euro;&#157? Not much hang gliding content.
Fly with a sense of vulnerability. You'll live longer.
Top

Feel free to "enlighten" me on my country-maybe I will learn something? Not so much deriding your citizens-just the ones that don't see for the wool over their eyes or the complicit citizens and the Oligarchs controlling it all. I am so tired off the BS coming out of that - hang on-just what type of govt is the US. Is it one of these?

I'm not sure what America's form of government is anymore but, it is definitely not a democracy. A Democracy provides every legal citizen of a certain age with the free and equal right to participate in a system of government that elects representatives of the people by the majority of the people, who promise to do the will of the people.

The Electoral College, gerrymandering, photo IDs and other voter suppression tactics are just some of the practices that keep America from being a democracy.

A Republic is a form of government in which power resides with the people, and the government is ruled by elected leaders who govern according to laws designed to help citizens. If we believe this definition, then we are not a Republic because our elected leaders no longer rule by law or by what their constituents want. Instead, our officials rule by the wishes of corporations and billionaires.

An Oligarchy is a government in which a small group exercises control especially for corrupt and selfish purposes. Some American politicians seem to want this form of government. After the Supreme Court ruled in favor of Citizens United, the United States became a country where money replaced free speech and corporations replaced people. Today, average people have less rights and less control over their government. While big corporations and wealthy donors, along with Wall Street, are free to influence elections, write legislation and destroy our country for their own selfish and greedy interests.

America appears to be headed in the direction of Plutocracy. This form of government believes a society should be ruled by its wealthiest members. The Supreme Court has allowed a flood of money to buy our elections, rather than the will of the people. Income inequality is growing, the middle class is disappearing, and Republicans continue to block raising the minimum wage for hard working Americans. Women don't make equal pay for equal work, and CEOs make insane compensation, while workers are pushed for greater productivity for less money. The rich are getting richer, while the poor are barely living paycheck to paycheck.

A Theocracy is a government ruled by or subject to religious authority. If those on the conservative right get their way, they will destroy the very foundation our ancestors died for. Our country was based on freedom of religion and the separation of church and state. But the recent Hobby Lobby case has blurred those lines. The Koch Brothers and others are funding local elections to school boards in order to establish a creationism curriculum vs. an evolution or scientific explanation. They want their religious beliefs to be the basis for our laws and government.

Socialism is an economic concept that advocates public ownership of all resources. The Republicans have accused President Obama of creating a socialist society. But by definition, that is false. Even the Affordable Care Act is not government owned, and is supported by independent insurance companies that are publically owned by shareholders, not the government. The government doesn't own the resources in this country, private enterprises do. The government does play a role in our society by providing security (police, fire, military), infrastructure (roads and bridges), and education (pre-k thru 12th grade) for all children but, that is not socialism. It is just governing effectively and doing the job they were elected to do. In the last few Congressional sessions our elected officials failed to do their job and pass any meaningful legislation, but they didn't fail to collect their government-issued paychecks.

A Welfare state is a concept of government in which the state plays a key role in the protection and promotion of the economic and social well-being of its citizens. While we are not a welfare state, many Americans feel a strong obligation to help the less fortunate with needed assistance such as food stamps, Social Security, Medicare and Medicaid. Many of these programs have been funded by the recipients. The majority of those receiving these benefits are disabled, veterans, the elderly, and the very poor, many of whom work one or more jobs but, still can't afford necessities and medical care.
We are all in the gutter,but some of us are looking at the stars. MT.

We were all hoping you would enlighten us on how it is living down under in the &acirc;&euro;&oelig;Penal Colony&acirc;&euro;&#157.


"Other nations look at us with derision or pity."

I have always believed people can change.. If your elections in less than 6mths have the right result- I reckon a Lot of people everywhere will start to hope again...
We are all in the gutter,but some of us are looking at the stars. MT.

Telegraph Road
A long time ago came a man on a track
Walking thirty miles with a sack on his back
And he put down his load where he thought it was the best
Made a home in the wilderness
He built a cabin and a winter store
And he ploughed up the ground by the cold lake shore
And the other travellers came walking down the track
And they never went further, no, they never went back
Then came the churches, then came the schools
Then came the lawyers, then came the rules
Then came the trains and the trucks with their load
And the dirty old track was the Telegraph Road
Then came the mines, then came the ore
Then there was the hard times, then there was a war
Telegraph sang a song about the world outside
Telegraph Road got so deep and so wide
Like a rolling river
And my radio says tonight it's gonna freeze
People driving home from the factories
There's six lanes of traffic
Three lanes moving slow
I used to like to go to work but they shut it down
I've got a right to go to work but there's no work here to be found
Yes, and they say we're gonna have to pay what's owed
We're gonna have to reap from some seed that's been sowed
And the birds up on the wires and the telegraph poles
They can always fly away from this rain and this cold
You can hear them singing out their telegraph code
All the way down the Telegraph Road
Well, I'd sooner forget, but I remember those nights
Yeah, life was just a bet on a race between the lights
You had your hand on my shoulder, you had your hand in my hair
Now you act a little colder like you don't seem to care
But just believe in me baby and I'll take you away
From out of this darkness and into the day
From these rivers of headlights, these rivers of rain
From the anger that lives on the streets with these names
'Cause I've run every red light on memory lane
I've seen desperation explode into flames
And I don't wanna see it again
From all of these signs saying "sorry but we're closed"
All the way down the Telegraph Road
Mark Knopfler - Dire Straits
Michael Grisham
magentabluesky
1000 kilometers = 621.369949495 miles
Top

Hope again? For your hope? For socialism?! No Chance buddy. No chance. That will be the end of the world when the USA goes total retard socialist. Then you'll feel what Venezuelans feel like.... they all want freedom rather than totalitarianism. Wake up.
Top

Mark Knophler's (from the home island) observations of America are brilliant, Telegraph Road.

The American experiment started as a business venture in Jamestown. The second settlement was established for religious freedom, Plymouth. These early pioneers went on to conqueror a continent. That experience forged American traits, one being very pragmatic. When the world goes to crap, America kicks ass. It is in our nature.

Do not judge America on a single event that happened on December 7, 1941 or a single Supreme Court decision, Dred Scott. There was a remedy. Both were bloody affairs.

Do not make the mistake in believing California and New York represent the values of the rest of America. Those two states may have large populations and control much of the public media; the rest of America holds much more traditional conservative values.

Nineteen Thirty's Germany or Venezuela is not going to happen here in the United States.

Freedom of Speech - the Right to Bear Arms - Jury by Your Peers.

An example: The Bundy Ranch Standoff.

Understanding the meaning of political labels/people can be interesting - try the tests at the end...

https://www.youtube.com/watch?v=ULYWIDcUOY4
We are all in the gutter,but some of us are looking at the stars. MT.